Lakhs Of Affordable Dwelling Units To Be Constructed In Newly Announced 109 Sectors In Land Pooling Zones.

The National Capital Territory of Delhi has been divided into 15 Zones from A to H and J to P. DDA J Zone first come into existence when DDA announced Master Plan Delhi 2021. It is situated in South Delhi close proximity to Mehrauli, Bardarpur and Haryana boundary. One of the most important parts of Zone-J in Delhi is Dwarka sub-city which also forms a part of the two extension plan approved by the responsible Authority via Agenda No. 79 dated 30.06.1987 as part of Land Pooling Policy and Master Plans of Delhi 2001 and 2021. The most basic goals of the Zonal Plan for the planning of Zone J include:

For offering sufficient shelter and both social and physical infrastructure for the assigned population.

The development of extensive institutional and commercial uses at the key transport corridor.

Community, Public and Private participation for removing the bottleneck and the delay of land assembly by the mix of new assembly procedures and land acquisition involving private and public sector (land owner)

Standardization of unauthorized built up or colonies existing according to the government policy with the aim of offering basic amenities.

Delhi Development Authority replaced old Land Pooling Policy vide Notification S.O. 5220(E) dated 11.10.2018 by Union Housing and Urban Affairs Ministry and is applicable in 'urbanizable' areas of urban extensions in 95 villages in the Capital.This policy aims to provide affordable housing by overcoming the cumbersome process of land acquisition for development and promises to pave the way for 17 lakh new houses to come up in the land-scarce capital, which is projected to accommodate over 76 lakh people. The Policy covers areas of five zones including J, K-1, L, N, and P-II, which come under the Master Plan of Delhi-2021 (MPD). These zones will be developed in 20,000 to 22000 hectares of land. Under this policy, landowners can build pools of their land and develop it under the master plan. 5,348 hectares of land have been registered under the policy so far.

Proposal Of Land-Use IN J Zone 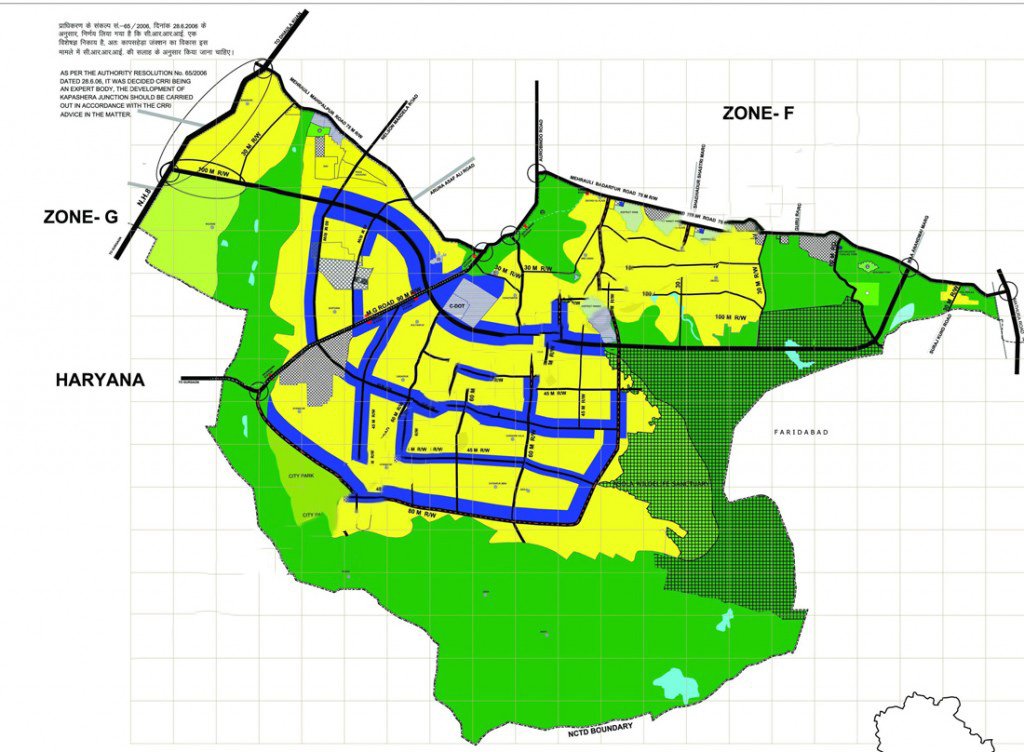